My parents tell a story about a debate around my birth.

They were newly married and had moved to the US for my father’s medical training. They had arrived in this country with $8, but through hard work and determination were building a life together. They believed in the American dream.

The fact was that it was expensive to deliver me in the US, and it would be less expensive for my mother to fly back to India and have me there, surrounded by her parents and in-laws. My grandparents could then buy the ticket for her to return here with me.

But here was the problem.

If I was born in the United States, I could run for President.

And my parents didn’t want to take that away from me. My parents truly, in their heart and soul, believed in the American dream – that all men and women were created equal, no matter what race or religion they came from, and that the United States was the land of opportunity. That we all have the opportunity to lead and do something great for this nation. It didn’t matter that I was a girl, that I had dark skin, that we were Hindus. My parents, with that belief, worked hard to be part of that American dream.

My parents were so consumed by taking away this opportunity from me that they debated for weeks and consulted friends. In the end, they just didn’t have the money to have me here so my mother returned to India.

That Dr. Ben Carson, a black man who is running for President, has said a Muslim should not be President of the United States just killed the American dream for many children and their parents in this country and the illusion that America stands for something greater – equality and dignity for all.

Words matter. I wish the likes of Donald Trump, Mike Huckabee and Ben Carson would realize that. Instead they stoke the fires of racism and intolerance, and the idea that in America there is a war on Christianity and Western civilization.  To claim whoever takes the White House should be “sworn in on a stack of Bibles, not the Koran” is killing the opportunity for this country to remain a great one, where every person believes in its calling. 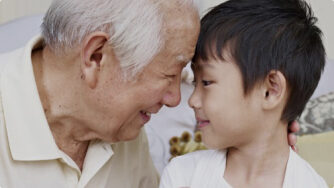