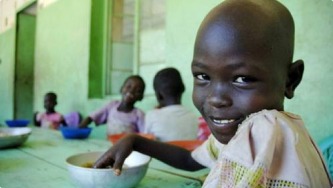 My Conversation with Caryl Stern, President US Fund for UNICEF

When I was in college, I wrote my senior thesis on the Convention of the Rights of the Child.  I no longer know where that document is or even remember the details of that in-depth study that consumed my last year of college.  What has stayed with me forever, however, is the belief that children have the right to live, to be protected from abuse and exploitation, and deserve basic human rights.  I was also always inspired by the work of UNICEF, and for my first book, 100 Promises To My Baby, Idonated 10% of my proceeds to their programs for children affected by HIV and AIDS. Thus, when I had the opportunity to hear Caryl Stern speak about her new book, I Believe In Zero, I was already convinced of her intent that no child should die from preventable causes.

Currently 18,000 children die every day of preventable causes – from things like unsafe drinking water, malnutrition, and lack of access to immunizations.  This is truly unacceptable, and we, as a global citizens, should not think it is ok. I have met many people doing incredible work for others, but Caryl Stern truly impacted me in a way few others have.  In fact, I was so moved by her book that I decided to buy several dozen books to gift to my daughter’s classmates.

In the book, Caryl shares through her own personal stories the plight of children around the world, as well as potential solutions to many of these problems.  The book is hopeful, inspirational, and yet very real, at the same time. I reached out to UNICEF to see if I could interview Caryl for my book, Living With Intent, as she is someone who embodies passion and purpose in a unique way.  I was honored to have a one-on-one conversation with her about 10 days ago in NYC to talk about her book, her family, her work and her intentions.

The US Fund for UNICEF is in a non-descript office building near Wall Street in NYC.  I was escorted up to a waiting room where, while waiting to be called into her office, I watched a staff meeting in a conference room enclosed by glass walls.  The staff at UNICEF seemed multi-cultural, relatively young, and animated from the peek I had into their meetings.  After a short wait, I headed to Caryl’s office and was welcomed by her friendly staff. In the first few minutes of meeting Caryl, I knew this woman is a both a force of energy and passion, but also incredibly warm and welcoming.   Her desk was full of papers and books, not messy or particularly neat, with photos on the shelves, including those of her two sons.  A packed suitcase stood on the floor by her desk, an obvious reminder that she is a woman who lives on the road (something she talks a lot about in the book – balancing her need to travel with being a mom.)

In listening to my recorded interview with her, I realize I was really nervous, chatting for about 10 minutes about my intent before even letting to her speak!  Once she spoke, I was put at ease by her friendliness, and became totally relaxed. Caryl begins her narrative sharing two powerful personal family stories.  In 1939, her mother and uncle boarded a ship as children to escape from Austria during the Nazi invasion.  An unknown woman, whose name they will never know, made sure they boarded that ship safely to escape the horror that could have killed them.   Through her mother’s story, Caryl knows the power that even one person has to save another’s life. That same year, her grandfather boarded the SS St. Louis on a journey that became known as the Voyage of the Damned because Cuban and US authorities denied entrance to the passengers (mostly Jews) saying that they had fraudulent paperwork.

The ship was sent back to Europe, and most on board perished from Nazi persecution.  Her grandfather, one of the few survivors of that journey, taught her “what happens when the world turns its back, ignores the facts, and allows innocent people to die.” In I Believe In Zero, Caryl shares her travels to witness the plight of children around the world, and the work that UNICEF is doing to alleviate their suffering.  From the rainforests of Brazil to Mozambique, Darfur, Bangladesh, and post earthquake Haiti (just to name a few), she shares intimate moments, putting names and faces to the mothers and children whose lives seem so unjustly marred by war, famine, ecological devastation and disease.  But the power of her stories are in the details and emotions she has witnessed – from holding the hand of a woman whose child is dying of tetanus (a preventable disease) in Sierra Leone to sharing an apple with a woman in the desert during the food shortage in Kenya, just 48 hours after Caryl excitedly (and nervously) meets Prince William and Kate Middleton.

Its Caryl’s ability to make everything personal that I realize makes her so authentic and relatable.  During the talk I attended, a young boy asked her, “What is the most difficult part of your job?”  I expected her to answer with a story about witnessing famine, the death of an infant, or meeting children of war, but instead she replied that it was being separated from her two sons.  In the book, she shares the story of being at a refugee camp in Darfur, and getting a phone call from her son in NYC who needs help with his English homework.  Any mom can relate to this feeling.  As a mom, Caryl is constantly figuring out the balance of serving both her children and the world! During the interview, when I applaud Caryl’s belief the no child should die of preventable causes, she responds that her hope is that others will adopt this intent to make it a rallying cry of their own – that it is the ones who stand on her shoulders who will convince others that no child should die of preventable causes and do something about it.  As she speaks, I am reminded once again of the Convention of the Rights of the Child, and how the mandates in that charter need constant re-affirmation, communication, and action.

I am inspired that there are people like Caryl Stern who are leading a global community of individuals who truly believe that we can help one another. I strongly recommend Caryl’s book, I Believe In Zero.  It is entertaining, hopeful, and a first step to educating oneself about issues affecting our children.  Caryl has generously donated profits of the book US Fund for UNICEF.  I also encourage you to check out www.unicef-usa.org to learn about the programs and important work that UNICEF is doing daily to help children around the world. 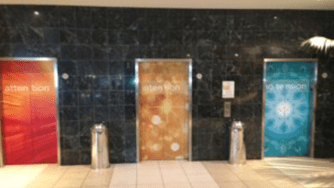 Set Intents Not Resolutions For 2014