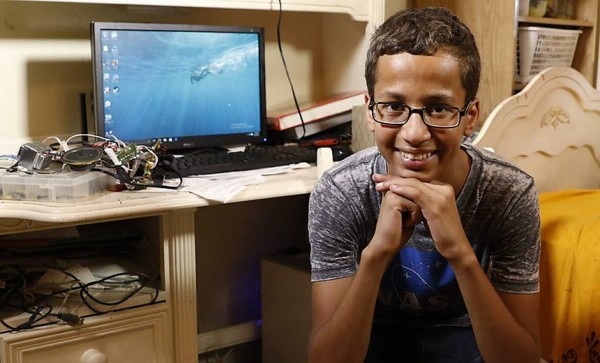 Last night, my 13-year old daughter asked me what was the latest in Syria. In our family, we regularly talk about world events — whether it is the circus of the US pre-election cycle (during the first Republican debate, they gasped when Donald Trump reference Rosie O’donnell as a “fat pig, slob, dog”), the #BlackLivesMatter movement and the numerous incidents related to it, the situation in the Middle East, or the latest research on the importance of sleep (truly, I talk to my kids often about this as I want them to understand how important it is!)

I was telling the girls (Leela, my younger daughter is 11) about the refugee crisis in Europe, and how the image of the 3-year old little Syrian boy, Aylan Kurdi, who drowned while the boat his family was escaping on capsized, moved hearts in a way that shifted inaction, not just of governments, but of everyday people as well. The girls asked what image… So I pulled it up, warning them it was difficult to see. Tara hesitated a moment before looking, anticipating that perhaps indeed this was something she didn’t want to see. But, I watched as she looked with determination. 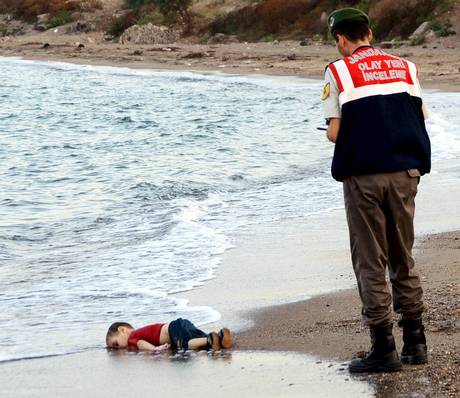 The girls looked and immediately, they both burst into tears. They reacted differently. Tara sobbed, and just kept repeating, “but he’s just a baby. He’s just a little boy.” Leela, my more introverted daughter, just sat quietly, tears streaming down her face. As I held them both, I let them cry, letting my tears flow freely, and wondering had I done the right thing. We took our time to feel the pain, and I told them it was ok to embrace the injustice and sadness and grief that the image brought up in their hearts and minds.

In a Facebook thread that I posted yesterday asking people if they had resources on how to talk about institutional racism in the US in a 5th grade/Middle School context, one of my best friends, Dr. Sayantani Dasgupta, whom I regularly turn to for parenting advice commented:

Vis a vis educating on Ferguson, etc. I try to talk to them about what’s going on as it happens – as I know you do too. But I also try not to inundate them with media images. For instance, I talked to them about Ahmed Mohammed yesterday without really showing them any news reports and K had a dream that he was being arrested last night… Completely understandable of course but there’s also something like image/media overload… In the end, I guess I try to focus on things that both show racial injustice but not just victimhood – I try and show them moments of agency, strength, community — which then makes the oppression feel like something that they too can participate in conquering as opposed to something paralyzing…

I truly didn’t sleep last night thinking had I shown too much to my girls? Would they have nightmares? Would they not be able to relinquish the image of an innocent child suffering from the realities of war?

(As a side note, post talking about Syria, I showed them the video of Ahmed Mohammed, the boy who was arrested for taking a clock to school that his teacher thought was a bomb. In the video, he sweetly talks about his desire to go to MIT, asserting, “Don’t let people change who you are.” This was an incredibly positive note for us to end on, as he is so charming in the video!)

Posted by NowThis on Wednesday, September 16, 2015

The latest social media share is the Lady Gaga video “Til It Happens to You.” I know Tara, who is on social media, will probably see it, so I’m going to talk to her about it. Its happened before that she’s watched things even before I bring them up, but my parenting approach has to always try to talk sooner vs than later. I’d rather she hear things from me, process the fear and emotions it brings up together than have her struggle alone to come to terms with what rape and the idea of “T’il It Happens To You” actually means. On the other hand, I feel Leela is too young still – she is not on social media or online much, and there is no need to expose her to the ideas, or actual video, just yet.

As I process my kid’s reactions last night, I don’t regret showing them the photo of little Aylan. At 13 and 11, my kids who live in a safe, privileged environment, and I believe that empathy is a first step to taking action. My intent is not to shelter them from the suffering of this world, but to appropriately teach them that they can change it, and it starts from feeling deeply.

So, here is my question, what images do you show your kids? How do you decide what’s appropriate or when? What world news do you share with them, or do you chose to shield them as long as possible? 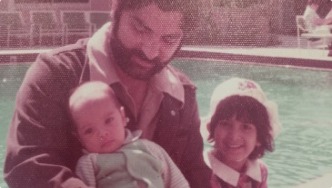 Thanks, Ben Carson for Killing the American Dream for So Many Children